I have been a major slacker in blogging over the last six months!  We have had a lot of things going on; big things; life changing events….and all for the better!  Now that life has slowed down and settled down, I can get back into the swing of blogging again and catching up with all the blogs I follow too!  I have tried to check in periodically to see how our blogging friends are doing and what they are up to, but have not been consistent and need to get better at doing so. I do enjoy reading your blogs!

In January, we took at trip to Dallas,Texas to visit our good friends Ernie and Deb. It was the first opportunity we had to visit them since they moved from Virginia back in 2010.  First to Colorado then in 2012 to Dallas.  We had a great trip!  When we got back to Virginia, we continued plugging away at our bathroom renovation.  We ran into quite a bit of issues with moisture in the walls, which delayed our progress and with Mitch working night shift (a different schedule every week), it became a drawn out project.  We called in contractors to help with plastering and tile work.  We learned that a bathroom renovation can be much more challenging when trying to save part of what is already existing. We finally got it all done and were thrilled with the results! 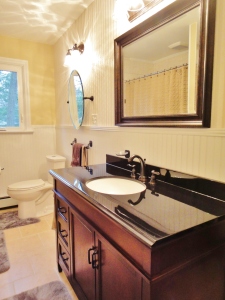 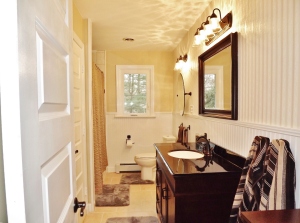 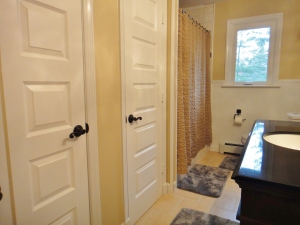 To the appreciate the after, you had to see the before.  This bathroom had not been updated since the house was built in 1965.  We did update the doors previous to starting the rest of the renovation.  Took hours for me to paint but the result was worth it. 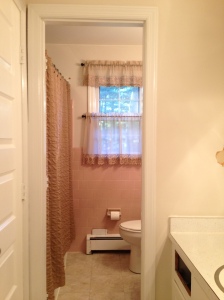 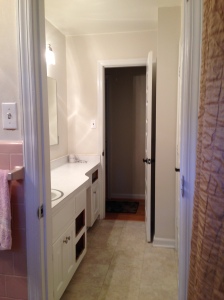 Demo is the fun part! 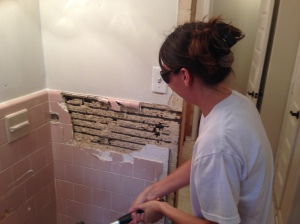 But can make a huge mess. 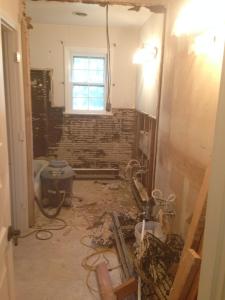 Putting it back together is the challenging part.  We tried to salvage the original cast iron tub but we had a rotten sub floor and the only way to get the tub out (it was extremely heavy!) was to break it into three pieces.  I did have a melt down that day when the old tub came out.

But the new tub was nice and fit perfectly so we soldiered on. 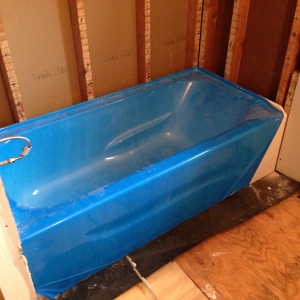 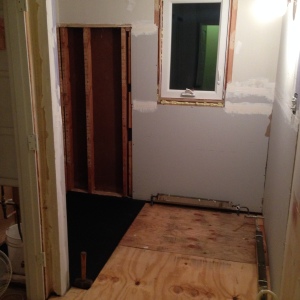 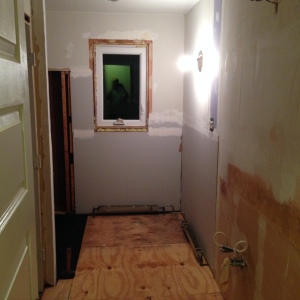 At the same time as our bathroom renovation was coming to completion, we got the exciting and amazing news that Mitch had been offered a job at Texas Instruments!!

We finished the bathroom just in time to put the house on the market and prepare for our big move across the Country!  We had bought our little fixer upper house in February of 2012 and were on the market to sell it on March 12th, 2015.  We had four showings, with a fifth scheduled in the first 48 hours of the house being listed for sale.  Received three offers, selected the best one for us and were under contract in 72 hours!  It was a whirlwind weekend to say the least.  Our move date was April 28th, which meant we had a little bit over a month to find a house in Dallas, Texas, pack and move.  We got it all done in the nic of time!  The day the moving truck arrived, we were still hurriedly packing boxes to put on the truck!! 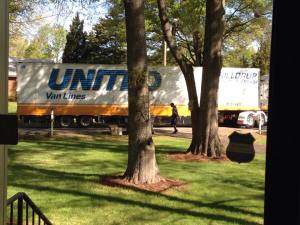 And our small U-Haul for the items we would be devastated if lost during the move.  We had heard bad things about using moving companies and had never used one before so we were a bit nervous!  In the end, we only had one box go missing. 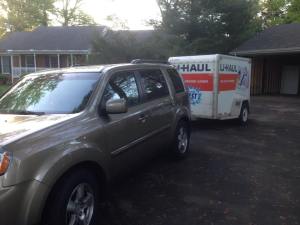 We are so happy in Texas!  It is a perfect fit for us!  We had been wanting to move to Florida for years, but Texas has won over our hearts.  I lucked out and got transferred with the company I worked for in Richmond to a Cardiac Surgery practice here in Dallas.  After a debacle with the first house we chose in Dallas falling through, we ended up finding the house of our dreams.  Everything fell into place almost perfectly!  We had two minor hiccups……we could not move into our new home until May 16th so we were living in a hotel for 2 weeks and our belongings had to go into storage, but outside of that, everything else worked out perfectly!

We have been in our home for a little over two months now and there are only 2 boxes remaining to unpack.  I think that is pretty good progress in that short of time. 🙂  I have had so much fun decorating this house!!  The pups have been incredible troopers!  They did amazingly well with the two day trip (driving nine hours) each day across Country, living in a hotel for two weeks, and then settling in to our new home!  Greyhounds are just awesome!!  So awesome!!  They adjusted so quickly and love their new home and yard.  We found the most amazing doggie sitter, Ms. Vicky, and the hounds and we love her!  She is awesome and I love getting her update every day along with pictures and occasionally videos of our pups and how they are doing.

And as me for me, I am loving the warm weather!!  It is warm here, but it is a dry heat with a constant breeze.  It is like the beach minus the water and sand.  Absolutely perfect for me!!

I have not taken many pictures with my good camera since we packed up and moved.  I am getting back into picking up my camera again.  It is still fairly new to me and I have so much to learn!!  But here are a few pics of our new house.  Not great quality, as they were taken with my phone. 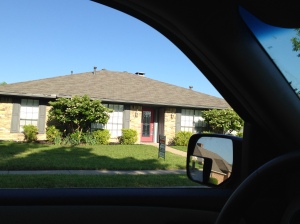 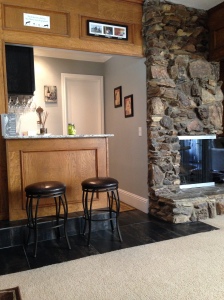 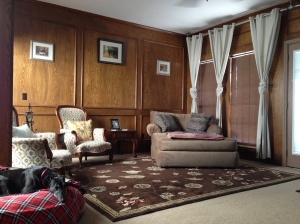 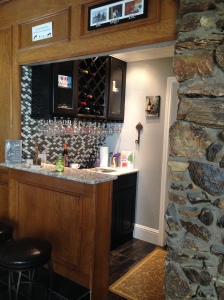 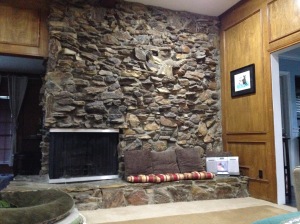 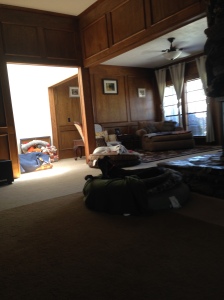 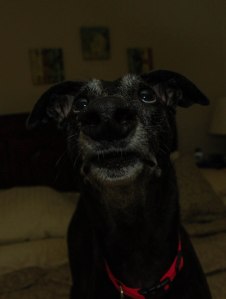 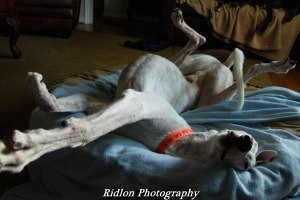 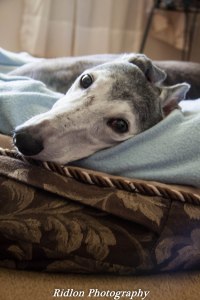 Our next post will have lots of hound pictures and some pics of our new home town!  We have a weekend outing planned to try some of the Texas wineries next weekend!!  So happy to be back to blogging again and looking forward to catching up on all your blogs!