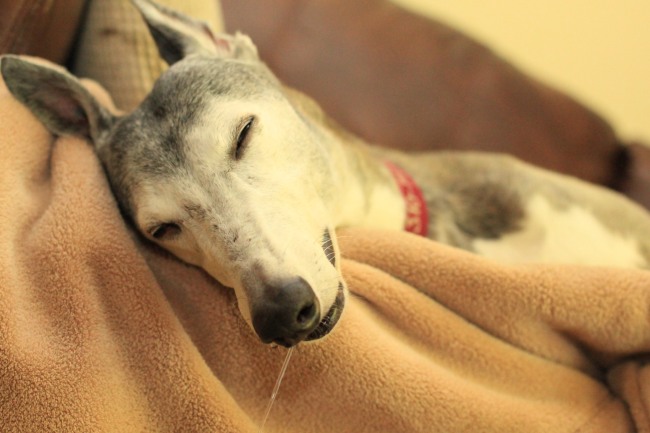 These photos were taken two weeks ago on a lazy Sunday. We have noticed ever since Pippi’s dental in May, she has become a bit of a drooler.  She had only one tooth removed because of an abscess that did not get better even after 14 days of antibiotic treatment.  It was a pre-molar on the left side.  This was the first time Pippi had a dental since we adopted her in February of 2009.  She is a cute, but at the same time, it is a bit of a gross habit.

It made for an unique photo shoot though. 🙂 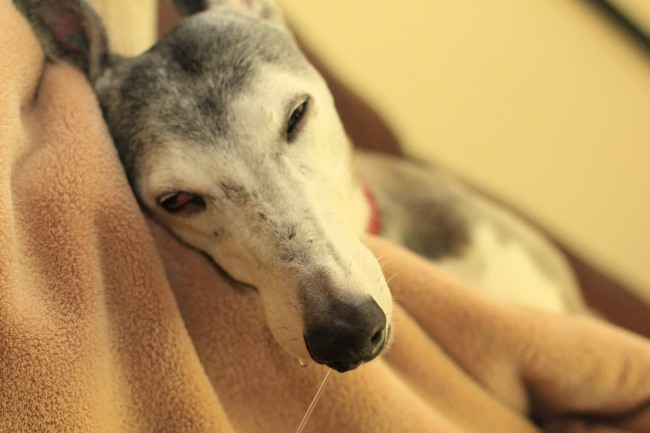 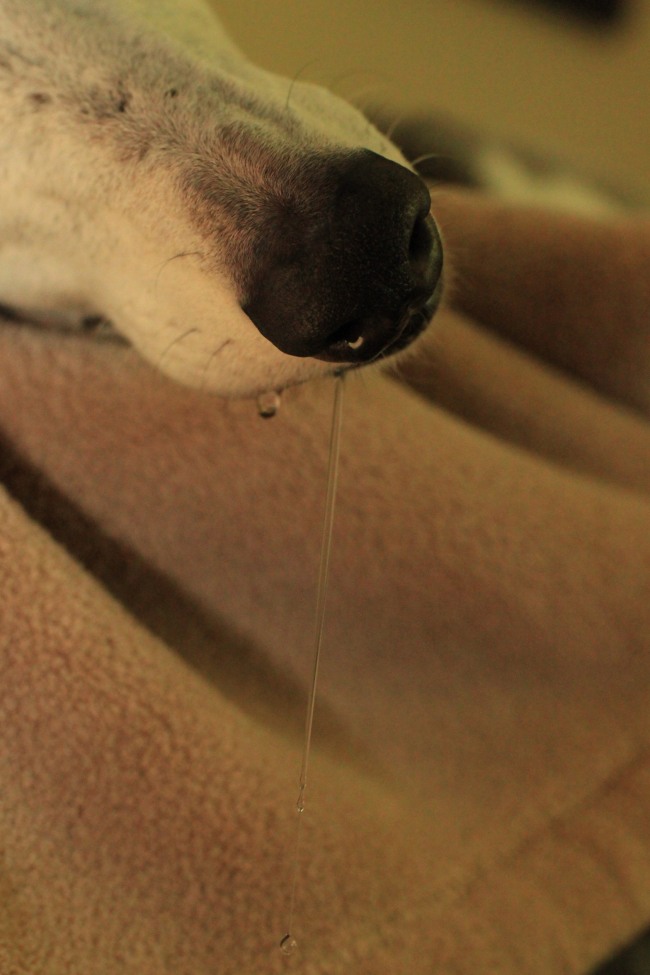 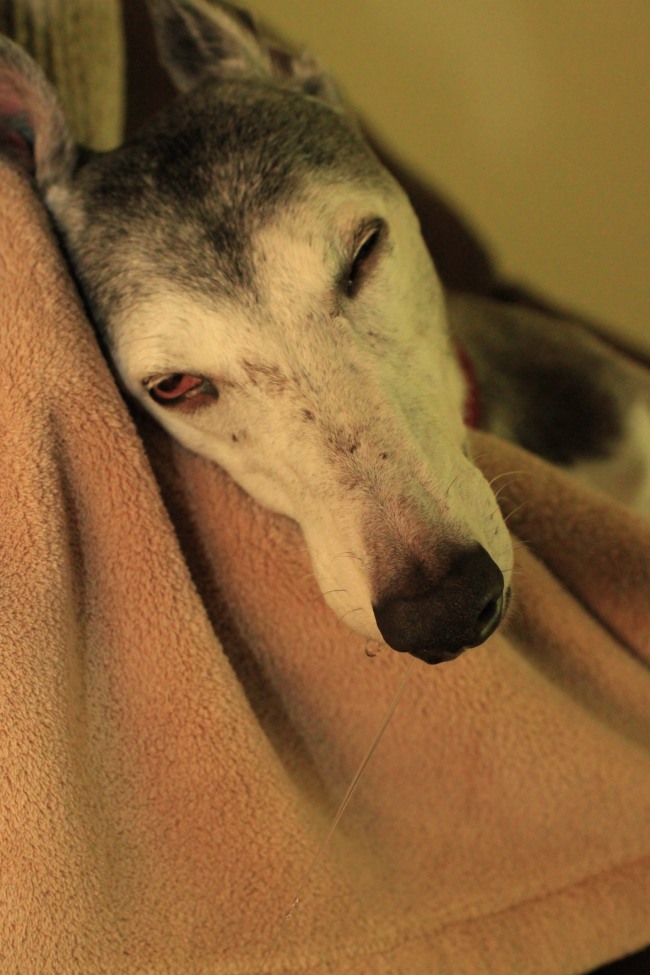 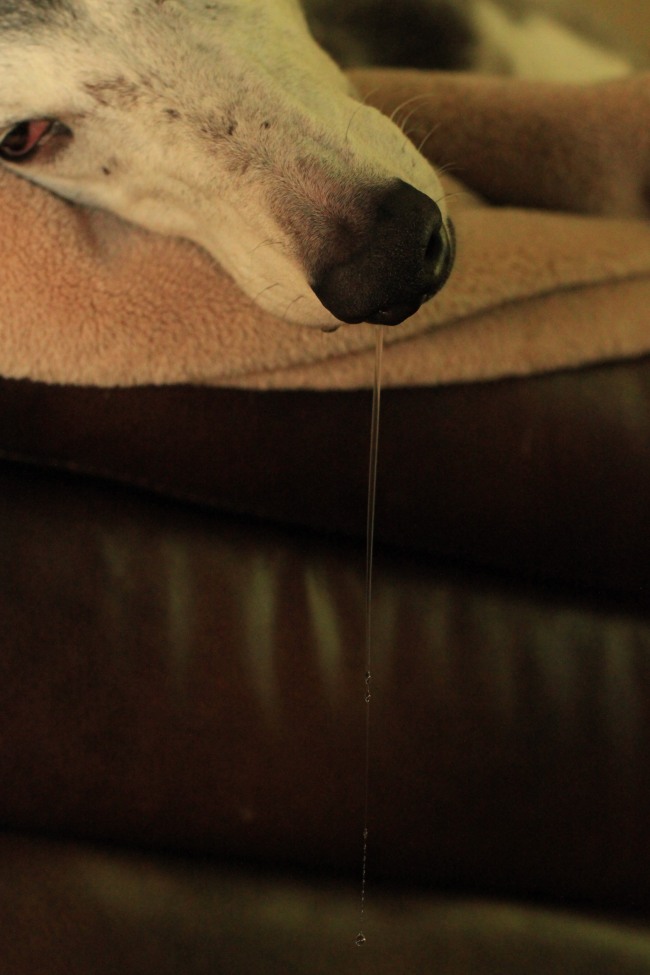 She can now drool with the best of them.  She has pretty good range on her drool stream.

About a month and a half ago, just a week after her dental, we noticed a raised red mass on the tip of her ear.  A week later, we were back at the vet’s office to have them take a look.  It cropped up over night. I don’t remember what type of tumor they said she has, but vet said it is common and can develop on their side or the tip of the ear.  The vet suggested trying 4 weeks of Hydro-cortisone Cream daily treatment.  In some cases, these tumors will dissipate with the use of the cream.  This was not the case for Pippi’s tumor. It became larger and continued to stay red.  It is also scabby and hard. 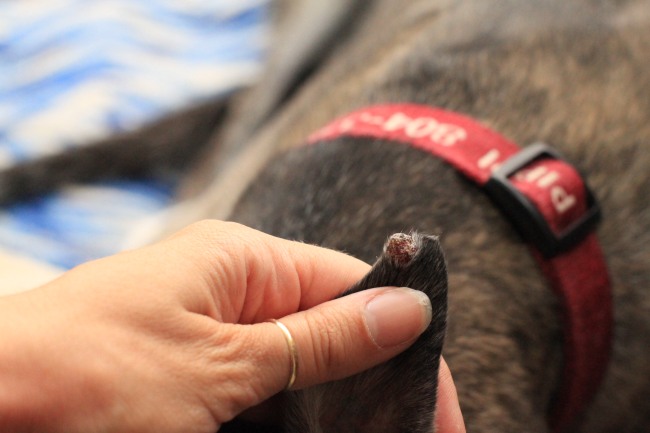 We went back in to see the vet after a month of treatment for f/u and to find out what the next step is.  The tumor must be removed and biopsied, so Pippi will be going back in for ear surgery to have the tip of her ear removed.  Because of the location of the tumor, they can only biopsy it after it is removed.  Poor doodle!  The smear they took on our first vet visit did show mast cells, but the tumor could still be benign.  Her surgery is scheduled for 7-11.  Cueball is scheduled for a dental to remove 4 teeth that day also.  Her surgery should be quick.  The vet said she should do well and also heal well. I will be a nervous nelly all day with these under anesthesia.  They are in the best of hands, but I still can’t help but be anxious and nervous any time they have to be under. 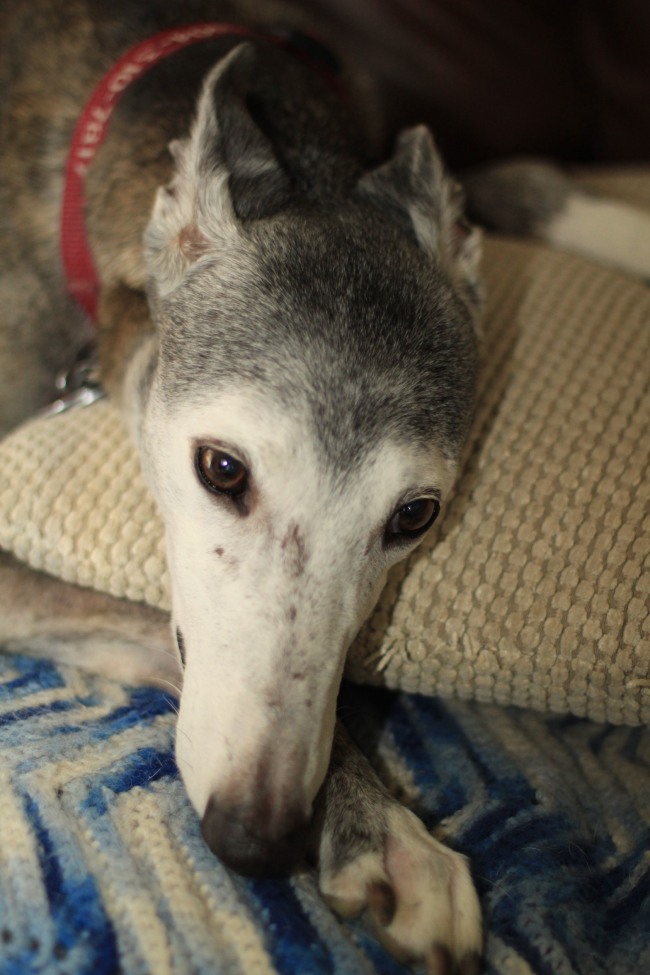 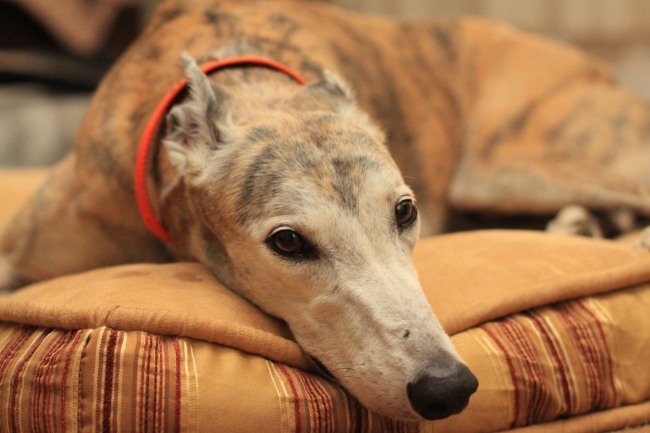 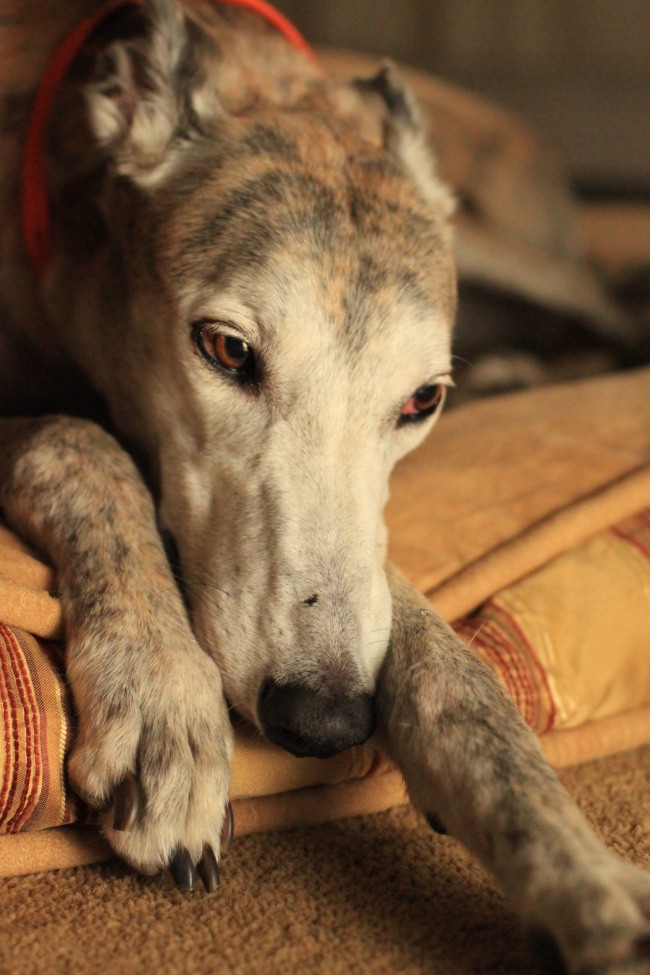 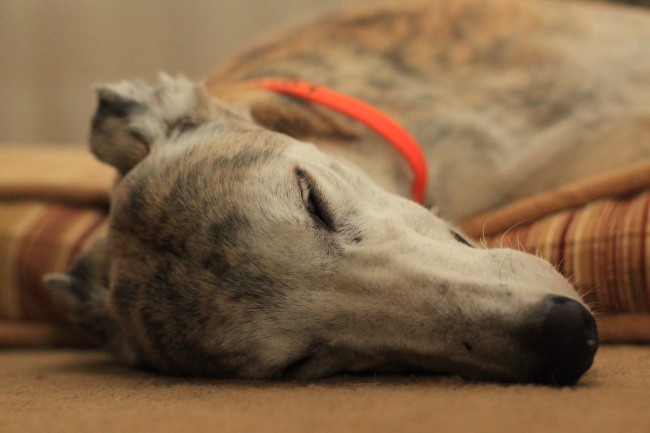 We were happy to help her along her journey to her new forever home.  She is a sweetheart.  The senior greyhounds are the best!!

We will keep everyone posted on how Pippi does after her surgery.  Ziva’s 1 year Gotcha Day is Tuesday, we have our Canadian friend Jasteena and her greyhound Zola coming in town this week for a visit and we are also counting down the days until Grapehounds-NY.  Zola will be spending the summer with us while her mom does important work in Afghanistan.    Lots of fun things going on in July for us!  We hope everyone is having a great summer thus far.  🙂

5 thoughts on “Pippi and Sadie”