Post three of four of our vacation to Barkwells.  This will mainly be pictures with little commentary.

We release one hound at a time to 7 acres of fenced bliss.  We released them one at a time because we tried releasing all four at once earlier in the week and it was a nightmare visually being able to keep up with all four; Pippi took a three time roll over near the corner of the pond and Maggie decided to walk right into the pond.  Thank goodness it was not deep.  Needless to say we knew we were not doing that again!

First up was Cueball, who was itching for a good run. 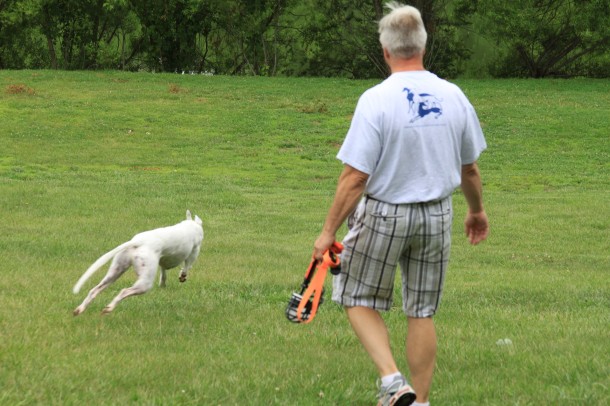 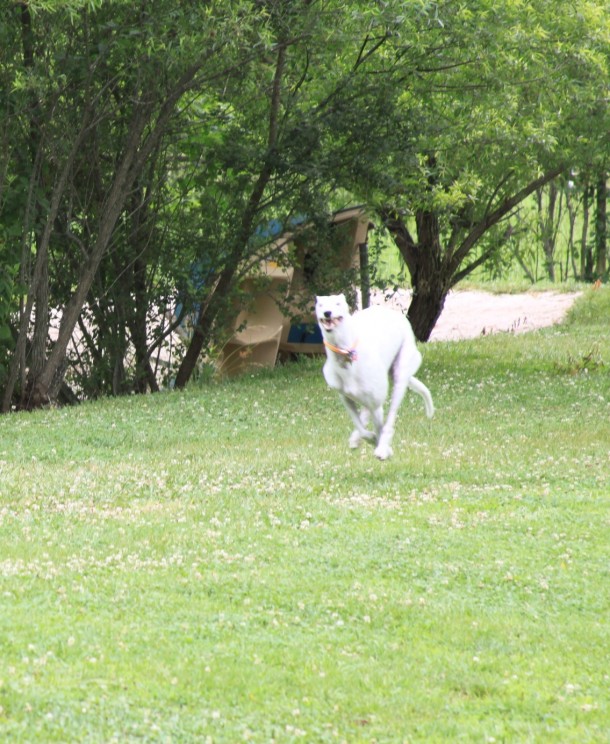 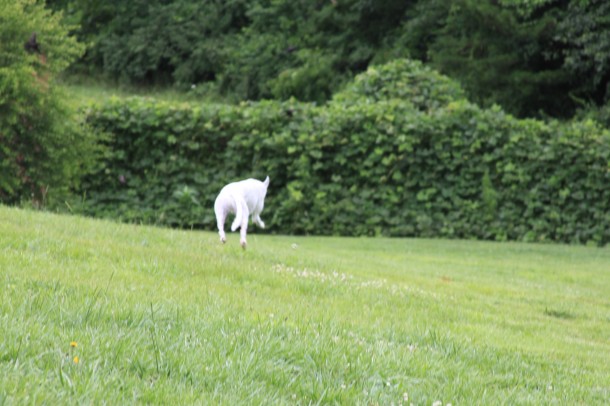 Next up was Maggie.  Our ten year old girl still has a lot of spunk. 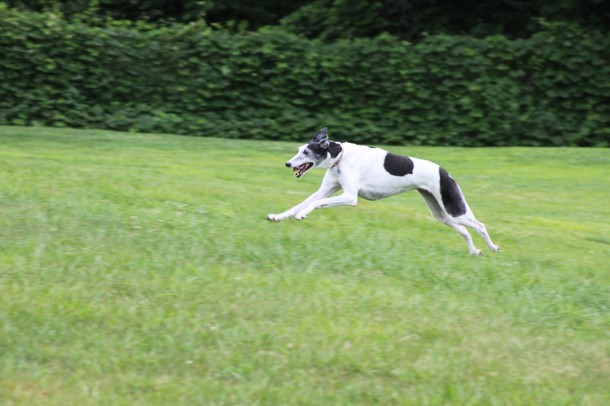 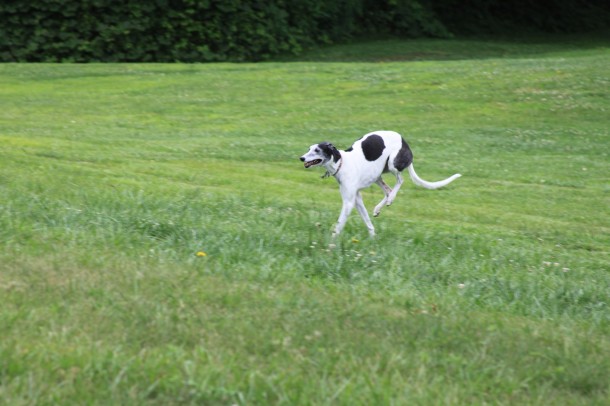 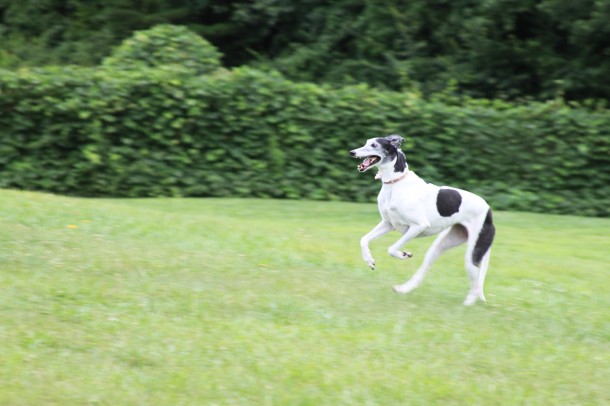 I was very proud of my little monkey mae.

Next up was the youngster in our pack, Miss Personality, Pippi. 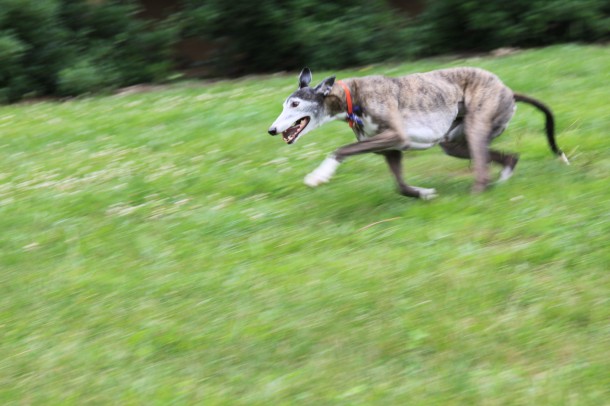 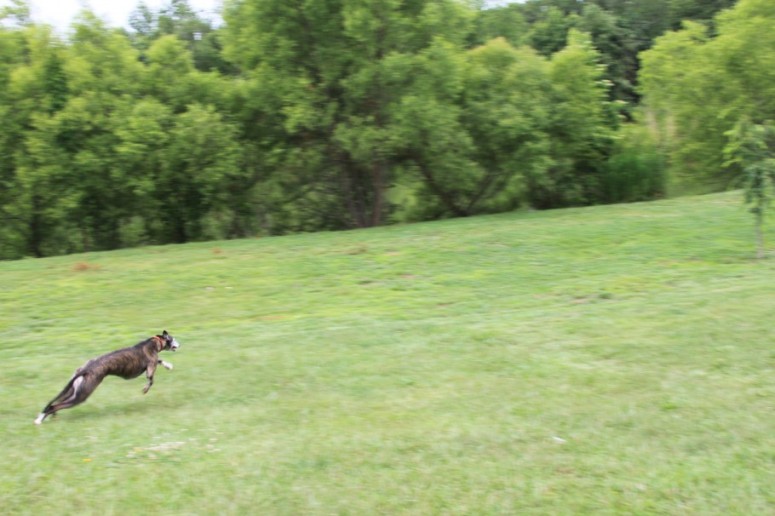 Can’t get much lower to the ground than this.

Next up was Booyah, who was very interested in the chickens  who were residing in the fenced yard just next to our cabin, instead of a fun run, so I coaxed him a little. 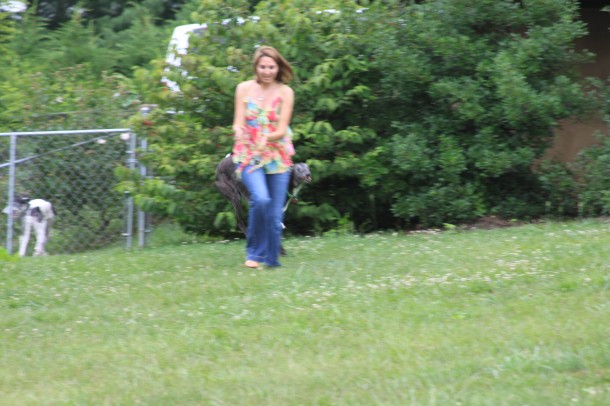 Last, but certainly not least, is Greta, cousin to our hounds, showing us she can run with the big dogs.  She may not be as fast as the her bigger hound cousin counterparts, but she can out “nose” them any day.  😛